The divides of Korea met in the AFC Women’s Asian Cup qualifier. 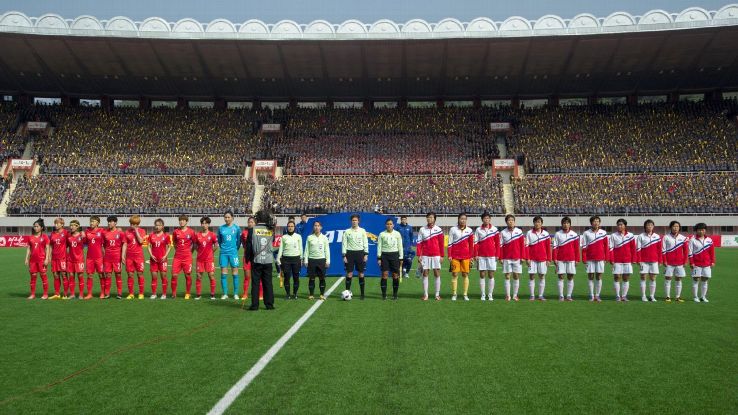 The game was hosted by the North and it ended in a 1-1 draw. Over 40,000 fans came out to see the game in the DRK capital city Pyongyang.

The landmark match required a lot of planning and security, considering the tensions between both sides. South Korea asked for security guarantees for players and officials before the trip was approved. Both nations met earlier for ice hockey in Gangneung before the South Korean women soccer team made the trip.

North Korea women are revered in Asia. They are three times winners of the Women’s Asian Cup and are among the top ten teams in the world based on FIFArankings. Their Southern counterparts are in 17th in the rankings.

Many expected the hosts to run away with a victory but they failed to do so. They had the chance to go ahead early in the game but they missed. It was Sung Hyang-Sim that opened the goalscoring in the injury time of the first half. They did not consolidate their lead before Jang Seul-Gi equalized following a scramble later on.

At the end, the first ever match to be hosted by the North went well.The footballing nation also survived a threatening match when they faced China few weeks back. It was the men’s team that went to China to play in the World Cup qualifiers. Thousands of law enforcement officers were deployed for the game and few South Koreans were allowed to cheer the team on.

South Korea had installed a US-designed missile defence system following threats from the Northern divide and China had also condemned it. China won the game by the slimmest of margins but the peace, which was crucial, was maintained.